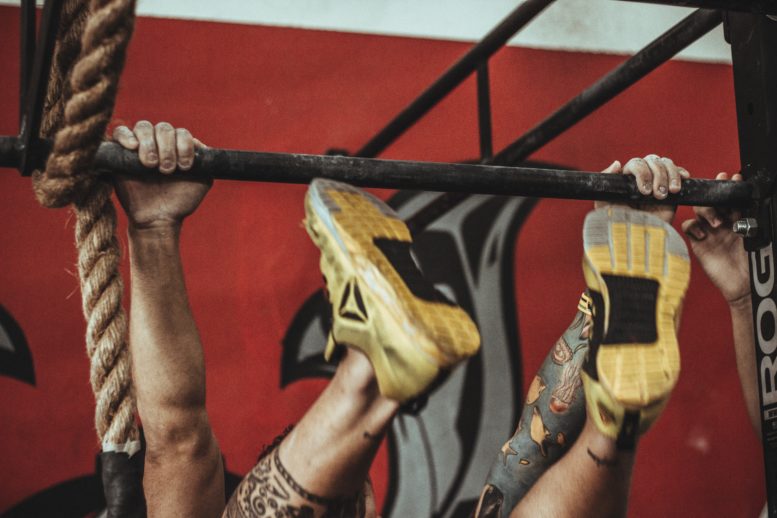 So, my husband is fit as…Honestly, at forty-three his ass still looks great in those British tight jeans. When he wades in the ocean with the kids I lower my shades to check that they aren’t rose-tinted. In truth, my libido is hanging by a thread, but that thread sure tickles when my hubby’s biceps are around me.

I’m not one to bolster my man’s ego. Lord knows a man doesn’t need a pep talk when he looks in a mirror. If only women had their confidence. The thing is, my husband deserves a bit of acknowledgment because he’s earned his hot bod rating.

My husband was always cute. Not poster boy cute, you can tell he had a brief hobby taking punches in a ring, but cute in the way his grin pulls you from the other side of the room. Or it does me anyway. When we had kids, however, he dove right into being the best dad ever, and when he came up for air, there it was—the dreaded Dad Bod.

Now, like most solid stock from the North of England, his priority is a roof over our heads and bread on the table, therefore, working out isn’t necessarily a priority. He of course always found time for a kick about on a soccer field, but that was about it. This is where the praise comes in. I don’t know what made him sign up—maybe the kids telling him he would make a good Santa, but he did. Not only did he sign up but he committed. Sign up to what you ask, the Army? Not quite, CrossFit. The workout franchise that seems a bit like a cult. (He’s at CrossFit- Lena. That is confusing as it’s not on Lena Road, but it moved to LWR after the last one closed down due to I’m not wholly privy to, other than it’s probably a lesson in not to shit on your own doorstep.) He not only signed up, but he goes, like every day, unless he’s traveling. He’s been going for over three years now and you can tell. That’s why I admire him. He didn’t just proudly pat his belly and embrace middle age, like so many do. He made a choice to get fit for himself.

CrossFit, in my opinion, is as awful as you can imagine. I gave it a go for about 6 months on my husband’s recommendation. I nearly drank the Kool-aid, but in the end, I’m just not competitive enough. I like dance tunes and a rowing machine, not rock music and a coach pushing me till I puke. To be fair, there are modified workouts for the, shall we say, less elite, like myself, and the atmosphere is one of encouragement not shame, but in all honesty, for me, who has to squeeze real hard not to pee when doing a jumping jack, it just wasn’t my thing. For people (like my hubby) who are competitive, it’s fantastic. He can track his personal score. There is a different workout every day, and he loves the people in his 6 am class. Yes, at 6 am! He loves most the grittiness of it. It’s a raw, no fuss kind of atmosphere that may remind him of his boxing days. It would be unfair and sexist to say a manly atmosphere as there are plenty of women there who are higher than my hubby on the scoreboard, but there are no pink dumbells. Primarily, I think it suits him as he has an addictive personality, but that brings me on to another bonus…Smoking, or rather, quitting smoking.

All our time together my hubby has been quitting smoking. I’ll stop when we get married; when we have kids; when we see facts on Fox News. So you get it, never. I swear to you, doing CrossFit made him stop smoking ( well, he won’t say no to a vape, I’m sure.. but that’s all medical…) I think what he has done is transfer his addiction onto C. I also think coughing up tar doesn’t help him beat Coach Doug’s wall ball score, which by the sounds of it is his ultimate goal. Like I said, competitive.

So, all in all, I’m super grateful to CrossFit. Having lost my mother to Lung Cancer, I’ll take my husband crying about his tight hamstrings and eating the caveman diet (yes, he drank the Kool-aid) over us crying by his death bed. I love that my children see him active and healthy. I love that his example rubs off on the whole family. I love that he’s now strong enough to lift me in the shower…