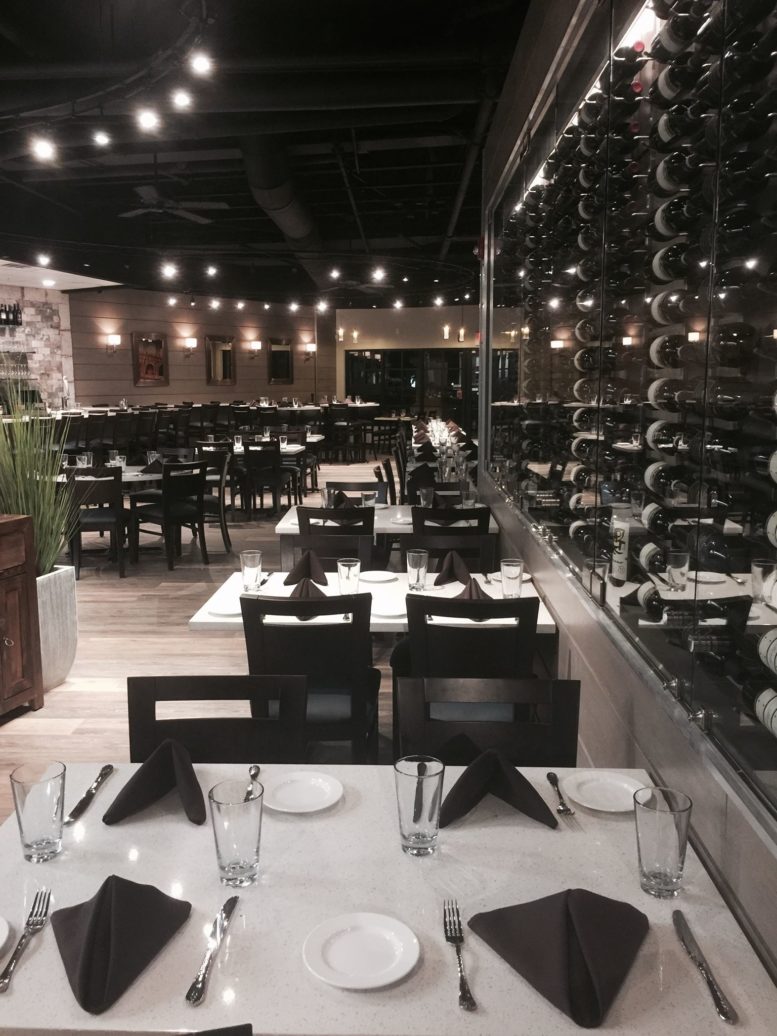 It was 75 degrees on a Friday night in Florida, of course we wanted to dine al fresco! So, we decided to go to the new restaurant on Main Street, The Grove. Unfortunately every senior citizen and his dog had the same idea. Looks like even they were desperate to find a restaurant in Florida that doesn’t resemble an active living club house, who knew? So, the chance for our party of eight being accommodated were zero, unless we accepted being stuck in a back private room, errr, no.

Our friends suggested we go eat at the Italian restaurant in San Marco Plaza. Since when has there been an Italian in San Marco’s Plaza? I mean, since when has there been anything at San Marco’s plaza? Well, a year, as it happens; a year I’ve been missing out on the best Italian food in town apparently! Which, coming from an Italian bakers’ son, is a suggestion worth pursuing. IL Conte Ristorante & Pizzeria, here we come.

I don’t know what makes an outside patio inviting….music, flowers, patio heaters, casual seating? People! Maybe people would actually work, but on this lovely cool Florida evening, not one person was dining al fresco at IL Conte. It’s OK we’ve gathered they’re all at The Grove, so let’s go in!

It’s gorgeous! At first glance you can tell it’s new generation Italian owners, who realize that Europe advanced after WWII. Nostalgia is not plastered all over the walls with a mural of Vito Corleone’s home town, promising that the nostalgia will be in the food! The interior is a light grey of hardwood floors, leather back rests and wide shiplap on the walls. The bar, with seating, merges into the open kitchen where the culinary skills can be witnessed but not heard, thanks to a glass separation. This allows the diner to enjoy the music coming from the speakers, 80’s tunes at that, not a Spotify “Little Italy” play list. So, why are we the only one’s in here? OK, they’re at The Grove!

I ordered Fiocchi di Pere; Pasta with cheese, pear, truffle, walnuts and judging by how much I enjoyed it, sprinkled with a little bit of magic. Look, I’m a lazy vegetarian, I’m no food critic by any stretch of the imagination. I can’t tell if something needs more oregano, to be honest I can’t even tell if my wine is corked but I can tell when a chef has pride. Other than the muscles, I can’t remember what everyone else ordered because we were having such a great time, but we all commented on how delicious the food was. Also, the kids did not complain. Repeat; the kids did not complain.

Speaking of the kids, the service was so family friendly I almost had forgotten that we had children on another table, which isn’t easy to do with my delightful little angels. Maybe our waitress had laced their pizza…regardless I was grateful. I also had forgotten that we were the only people in the room. Except now we weren’t! Whilst we were so engrossed in our meal the restaurant had filled with other people also in on this little secret Italian. Was it really busy? No. Is it usually? I really hope so, because as you know, if you don’t use it you lose it.