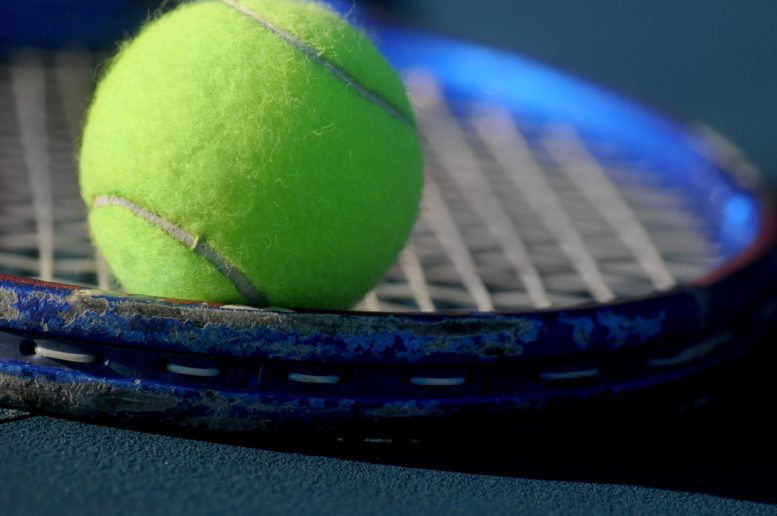 I workout at the gym so I can drink wine and still fit into my jeans. It never occurred to me to start a new sport. I push the kids to sign up to soccer, track, swimming, rowing, but me? Why would I at the grand old age of mind your own business join a sport? When they ask why I don’t play anything I just tell them I was poor as a kid and had to walk a mile for water. It’s kinda true in the sense that sport past primary school in 80’s northern England was for boys or posh people. My parents were not taking out a second mortgage to see if lacrosse was my thing. So, when my friend asks if I want to join her for tennis at the Athletics center, it’s a flat out no.

The beginners class is at 10 am at the Lakewood Ranch Athletics center. It’s a drop in group lesson and is $15 for an hour. I didn’t feel out of place in my run of the mill workout gear (But I am heading up to Ellenton outlet this weekend for some cute little Wimbledon number. Like, why not?) Yes, the girls were friendly—and chatty! Yes, the coach, Calvin, was cool. Yes, I had bubbly afterwards.

Coach Calvin welcomed me, provided me with a racket, showed me how to hold it and placed me behind the net with the four other girls and proceeded to bat balls at us as we rotated. It was fab! Did I duck and cover from some hard balls more than I returned them?…Maybe. Did anyone care? Seemingly not. I was just having fun with the benefit of someone giving me tips. It was extremely casual and informal. I didn’t feel any pressure or anxiety or, most likely for me, boredom. It seems like there was an understanding that I have no intent on being the next Serena Williams and that’s just fine. However, you know by the end of the lesson, I reckon I could hit at least one baseline winner! Well, one day.