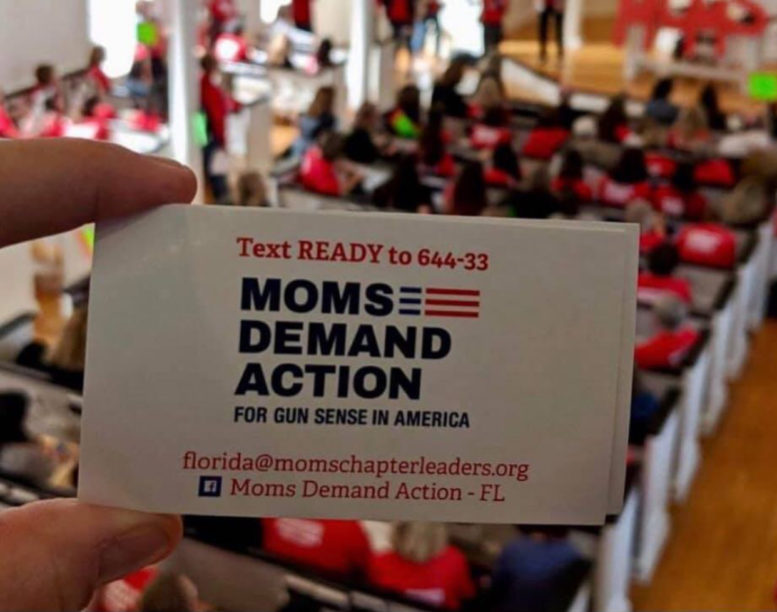 When Sandy Hook happened I watched in horror, not at just what had happened, but happened . What happened after you ask? Fuck all. Sorry for the language, but if that offends you more than children being massacred in school, then this blog probably isn’t for you.

Now, I originate from a country where children being massacred is unacceptable. Where one school shooting was enough for the country to legislate gun law reform. Where because of that gun reform, there hasn’t been a school shooting massacre in more than 22 years. So, you have to forgive my disdain at a culture that hugged its guns in fear of losing them rather than losing its children. Or so it seemed at the time.

At the time, I saw gun sales increase after every gun massacre that was sensational enough to make the national news. I saw a louder rally cry from gun advocates every time a regulation to prevent gun deaths was proposed. I saw despicable podcasters deny Sandy Hook even happened, and in doing so denied those children even existed. (Who knew there was something more depraved than shooting up a school? At least they can claim mental illness.) I saw legislators hide behind the Second Amendment so they could line their pockets with gun manufacturers money. I saw apathy, chaos, and despair. Not the land of the brave.

The land of the Brave wouldn’t tolerate massacres. It was, ironically, a massacre of five souls in Boston that triggered them to revolt. Five lives. Five. Now, I studied enough for my citizenship to understand the value of the Second Amendment in this whole story, but struggle to see how it wholly applies to today, where we use peaceful protest and democracy to revolt. Besides, that’s a debate to be had at the supreme level—if they had the will and courage—not by little ole me. What I do know, is what the land of the brave hated most is tyranny, and what is more tyrannical than a scroll that ignores the suffering of the people? What is more tyrannical than those in power who hide behind the 2A to justify their inaction to protect the very people who elected them?

But who will stand up to power? Is this still the land of the brave? It didn’t seem that way to me as thoughts and prayers dominated the airwaves after Orlando, Las Vegas, Texas, San Bernadino, Charleston. It didn’t feel that way when I read, “If nothing changed after 20 children were killed, change will never happen.”

But that was then. That was before I knew that while I was wallowing in cynicism and despair there was a lady who also watched Sandy Hook in horror. She, however, stopped watching and started doing. She reached out to hundreds of mothers, like herself, desperate to change the trajectory of gun violence, and she used Facebook to do it. Once connected, they knocked on the doors of neighbors, representatives, and senators. They challenged companies to change their policies, and fought against absurd bills slipped in sneakily with gun lobby money. Did I know any of this? No! I had seen Shannon Watts on the TV, but I assumed she was one of those TV people doing whatever TV people do. Whilst I was hearing the large megaphone of the NRA, she was building a grassroots army of volunteers demanding gun sense in America. They’ve been demonized, harassed, mocked, threatened, yet they refuse to quit. Now that’s fucking brave. That’s American.

I became aware of Moms Demand Action on social media but didn’t get involved. Yes, I donated, retweeted their message, voted for gun-sense candidates—which is all they ask— but it was all a bit abstract in my mind; a moral declaration of where I stood on the issue of gun violence; an issue I believed didn’t affect me. There was no gun in my home, so there was no danger of my children blowing their brains out, or of me pumping my hubby full of lead when I had bad PMS. As a white mother, my fear of stranger danger had eased with each birthday. I had no fear of my skinny teen being profiled, and his murder justified if he walked home at night. Other than the fleeting thought at a movie theatre, or a concert, I didn’t feel affected by gun violence because bad shit happens elsewhere. Bad shit happens to other people.

And then there was Parkland. I was on a beach for valentines day with my husband. I curled my toes in the crystal white sand; waded my hands in the clear turquoise water. I took a big sigh as I adjusted my sunglasses and expressed to my husband how lucky we were to live in such a paradise. It was when I went to put a photo on BragBook that I saw the message from my sister, there had been a terrible school shooting in Florida. Being from the UK and so not aware of the geography she asked, ‘Are the kids OK?’ Mine? For a sickening moment, I had to consider if my kids had been shot dead.

No, phew! It was another town. Another school. Another kid. Can I hear myself? I’m grateful that someone else’s child is the dead one. I’m grateful that it’s them instead of me. May God forgive me. Grateful that the shooting happened at the school where the young, vibrant, beautiful Joaquin Oliver and Jamie Guttenberg went, not the school of my son and daughter—yet.

My daughter came home one of the days that week crying. The reactionary measures had resulted in lockdowns and drills; schools were closed, backpacks were banned; the toll on our children’s emotional well being yet to be calculated. She had been told to hide in a closet, but it was too cramped, and someone had stood on her hand. Did it hurt? No, she was crying because it dawned on her how futile the drill was. She was essentially practicing how to die. In 6th grade. Gun violence was affecting my family. Bad shit could happen to me.

“We have to go back to England,” I said to my husband. Throw his career away, the life we had built here—all worth it to be safe from gun violence. Run home with our tails between our legs, our great adventure over. “Who wants to be born and die in the same place?” I had said when we were deciding to emigrate from our happy, safe, life in Cambridgeshire. Well, now I was asking, who wants to live in fear?

We had a family meeting. We concluded that we had a choice; to go back to our birth country, or stay and help our adoptive country. Well, you don’t adopt a kid and then abandon them when you realize they’ve got issues. We knew America was better than this—our neighbors, our friends. We knew there were courageous people out there, fellow citizens with no choice but to try to make a change—with nowhere to run from the gun violence, in its many forms, that plagues them. They were standing up to corruption, so could I. So, I decided I would volunteer to join Moms Demand Action. I wanted to be with the brave people. I wanted their determination to rub on to me. I wanted my kids to know that the next time they are hiding scared in a closet, their mom is doing everything in her power to make sure it will always be a drill.

There was a small obstacle, however. There was no Moms Demand Action group in Manatee County. That’s where my awesome friend stepped in. At the end of her own journey to having had enough, she took the initiative and inquired on starting a chapter to honor her friend’s brother, Luke Hoyer, killed at Parkland. As a working mom, she took the time to get trained and rally the few Lakewood Ranch moms she knew were on board, including me, to launch our first meeting in March 2018.

What I have learned is, Moms Demand Action is comprised of a diverse set of people, with a myriad of political and philosophical points of view. Many are survivors of gun violence in all it’s ugly forms; shooting massacres, domestic violence, preventable child death tragedies, law enforcement shootings, civilian disputes and racist vigilantism. Many aren’t survivors, but support one or all of the gun violence issues. Many just want to live free from fear of gun violence. Many are gun owners who believe in responsibility. Many are teachers who don’t want to be on the front line. Many are first responders who have to mop up the blood. Many are veterans who have seen bullets pulverize flesh on the battlefield and will be damned to see it in their grandchild’s classroom. Because of the diversity, many have their own personal opinion. Whatever their goals are, they are free to set up their own campaign. When they represent Moms Demand Action, they are working towards one goal; Sensible gun laws in America.

Refuse to let people in their own communities be forgotten, like, Lakewood Ranch teen, Andrea Barberena-Rojas—and her mother, shot dead at home by her stepdad. To not just turn the page. To not just offer thoughts and prayers. Refuse to accept that a family can live in a bubble, a gated community, and still be victims of gun violence.

I learned that my new friends in our Manatee County, Moms Demand Action chapter, are awesome. As I get ready to head up to Tallahassee for Advocacy day with them, I learned that I love being with fearless people. I learned that it feels good to get involved, to volunteer, to try to make a difference.

I learned, that when you’re heading out in your red Moms Demand Action T’shirt, nothing in the world beats your 12-year-old daughter kissing you goodbye and saying, “I’m really proud of you.”

2 Comments on “Why I joined Moms Demand Action”